Networks to add “bullshit” after all Spicer statements 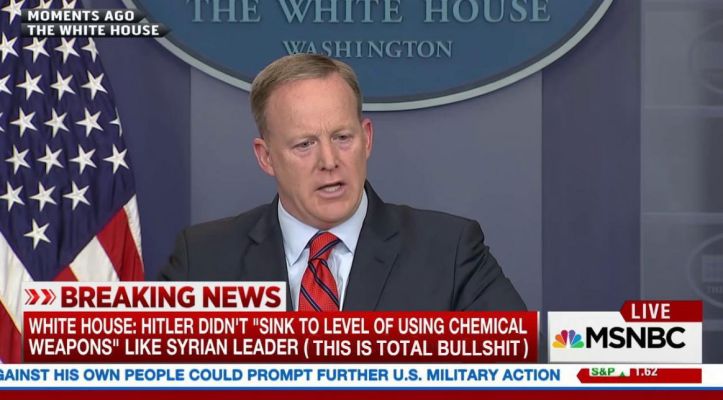 In a move that has angered many, several notable news networks began adding the word “bullshit” in parenthesis after every statement made by White House Press Secretary Sean Spicer. The decision came after Spicer’s inaccurate remarks today comparing Assad to Hitler.

“Honestly, it’s mainly just to save time” said a spokesman for MSNBC,  the first network to adopt the approach. “If we have to add a long statement explaining the truth after every word that guy says, it starts to consume resources.”

The solution is expected to be useful whether the press secretary is discussing environmental issues, foreign policy, or even his own sense of self worth. Ị