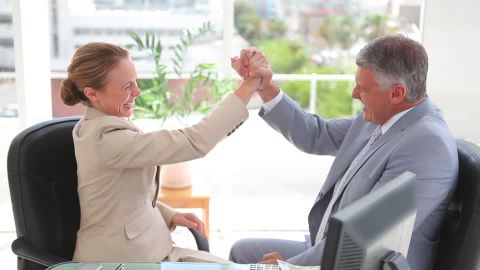 DOWNTOWN, MINNEAPOLIS – During a brief and uncomfortable interaction between Joann Nelson and her boss, John Freeman, the two celebrated the fact that it was Friday with what appeared to be a high five. “I’m not sure how it happened,” said Nelson. “One second we were just sitting their talking about reports, and the next thing I know he mentions that it’s Friday and goes for the high five.” Nelson was visibly shaken after leaving Freeman’s office, leading coworkers to wonder what had happened. “He probably went for one of his high fives,” speculated Todd in accounting. “Those are the worst.” Ị